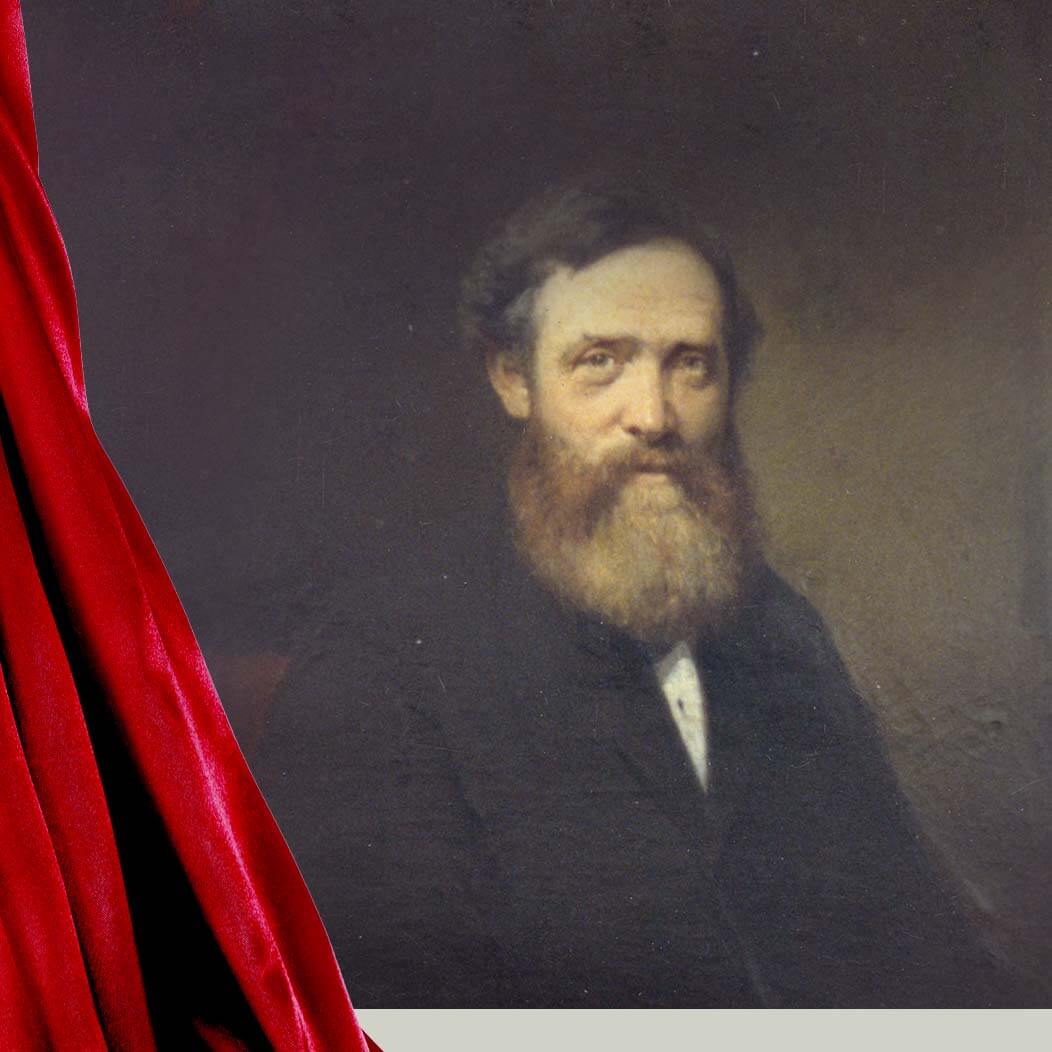 Children of Ann and James

Looking for a new life for themselves and their family, Ann and James decided to migrate to Western Australia under the nomination system whereby people living in the colonies can nominate their friends at home, who is in good health and otherwise qualified, are granted passages at greatly reduced rates.  The Sherriff’s nominator was G. Simpson of Vasse (now Busselton Western Australia).  [2]

On December 18, 1886 the family sailed for Perth on SV Kapunda, a three-mast iron British ship of 1095 tons. Their eldest son David aged 23 years, was not with them

The SV Kapunda It was built by Mcmillan A. & Son Ltd at Dumbarton in 1875 and was owned by Australind Steam Shipping Co. Ltd – Trinder, Anderson & Co. Sadly, they never arrived in their new country. 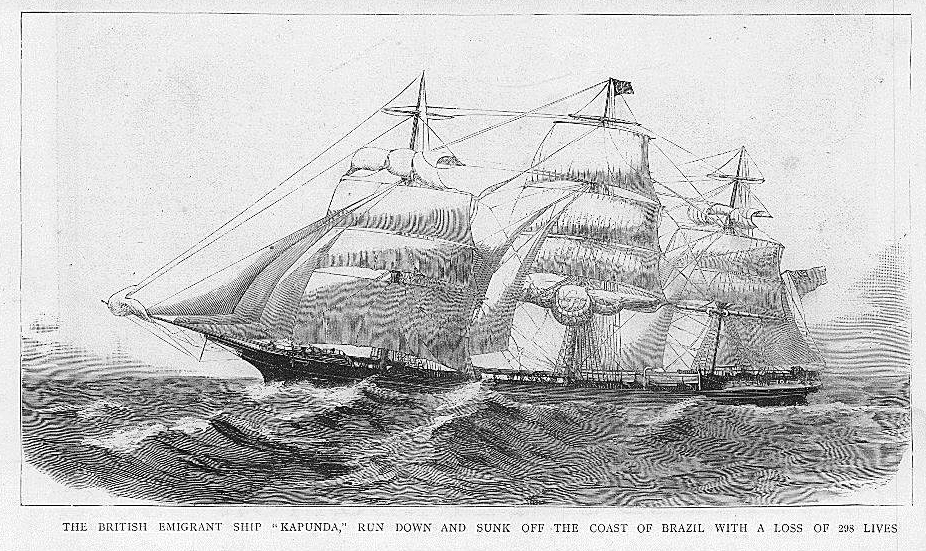 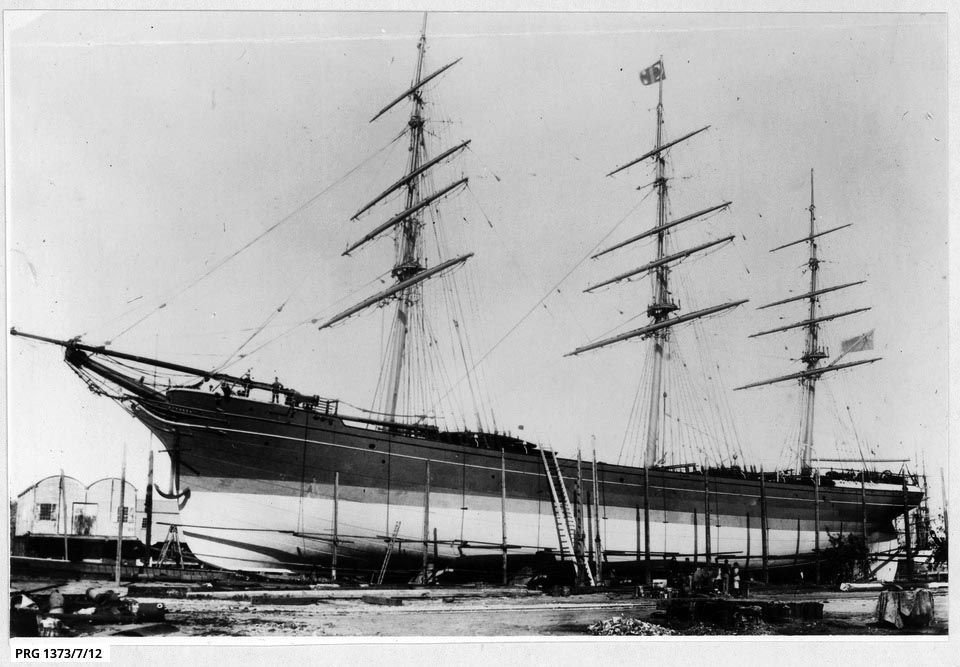 The Kapunda under the captaincy of John Masson had made several voyages to Australia carrying emigrants. It left London on December 11, 1886 and arrived at Plymouth where she picked up most of her passengers. Kapunda sailed from Plymouth direct to Fremantle on December 18, 1886 with 4 cabin passengers, 268 steerage passengers, Dr Bentham and a crew of 41. Reports of the time noted Kaunda had a “high reputation among the crack emigrant vessels for excellence of her accommodation and general equipments”

Captain Masson was a respected officer. He had worked for the owners for several years.

The vessel also had 600 tons of general cargo and 300 tons of stone ballast. The Kapunda had made several earlier voyages and the passengers had taken passage under the Nomination Emigrants in return for large tracts of land. The Sherriff’s nominator was G. Simpson of Vasse (now Busselton WA).[3]

According to the official investigation held at Sessions House, Westminster from March 21 to 29, 1887. The Kapunda was making 10 knots an hour in fine, clear weather on January 20, 1887 when at about 3.10am when the crew spotted another vessel without visible lights sailing towards them. Not seeing lights and not knowing which direction the vessel was approaching, the chief officer ordered a change of course but the other vessel did the same and the Ada Melmore rammed into the Kapunda striking them nearly a stem-on blow forward of the fore rigging on the starboard side. Immediately afterwards the Kapunda sunk with all on board. Nine of the Kapunda’s people got onto the Ada Melmore and survived another six clung to the keel of the Kapunda’s life boat, righted it and sailed to the Ada Melmore and were rescued. Two hundred and sixty-four people drowned along with 33 seamen and 2 other seaman who jumped from the Ada Melmore onto the Kapunda at the time of the collision.  The total was 299 souls drowned including the Kapunda Captain John Masson. Only 8 passengers and 8 crew of the Kapunda were saved.

The Ada Melmore was an iron barque belonging to the Port of Belfast of 591 tons gross and was built at Port Glasgow in 1877. She was owned by William Porter of Belfast and had left Coquimbo on the west coast of South America on December 3, 1886 with a crew of 14 and 843 tons of manganese ore bound for Queenstown and Falmouth.

The investigation found the caption of the Ada Melmore Captain Millikin liable because he failed to have lights on his vessel burning and made the error of changing course which resulted in the sinking of the Kapunda. His Master’s Certificate was suspended for two years but he was allowed a chief mate’s certificate. [4] 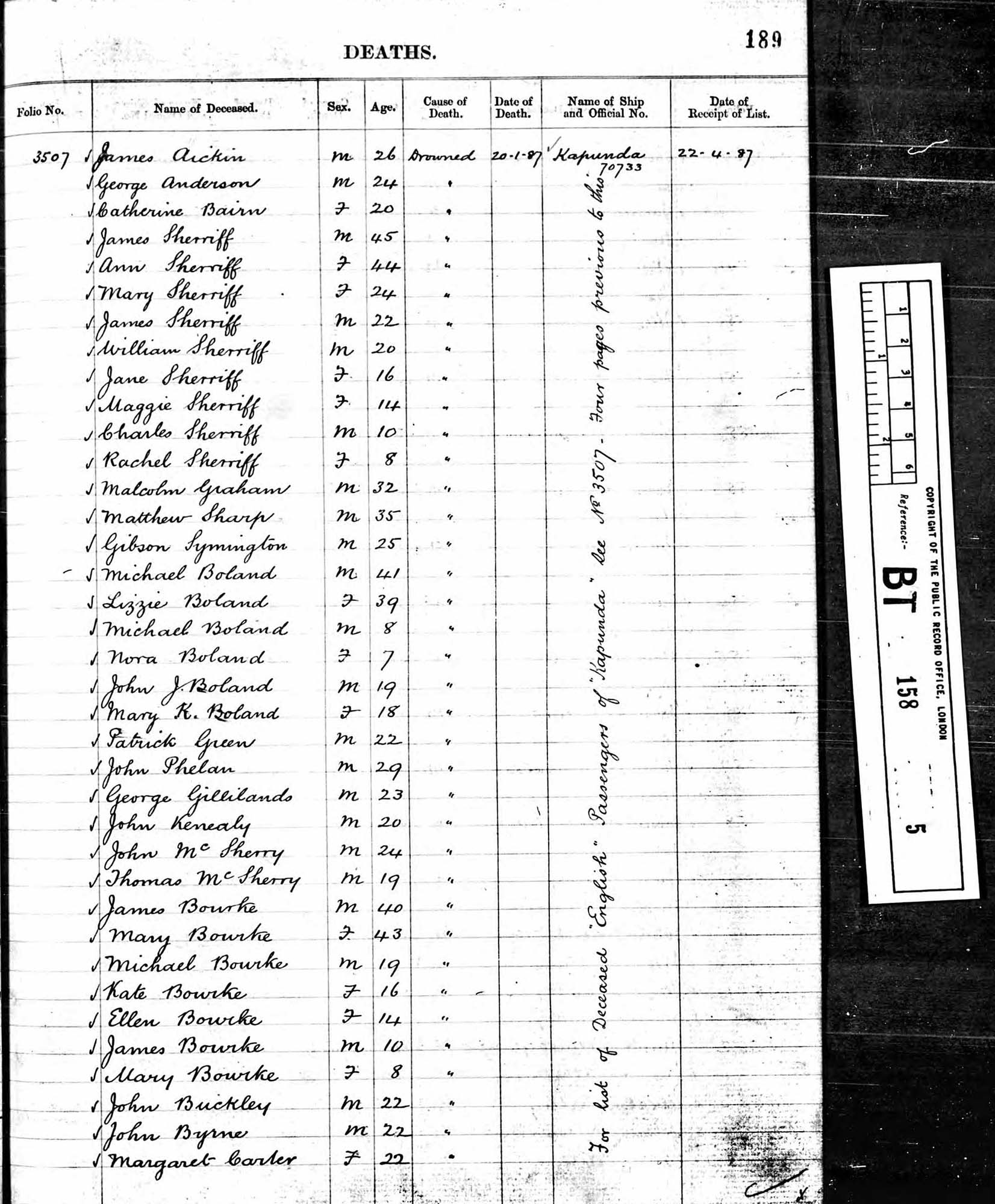 Newspaper reports on the Kapunda Disaster

Official Inquiry into the disaster

Following the death of his family, David decided to also migrate to Australia though his date and place of arrival is not known. He died about 1933 in Australia. [6]