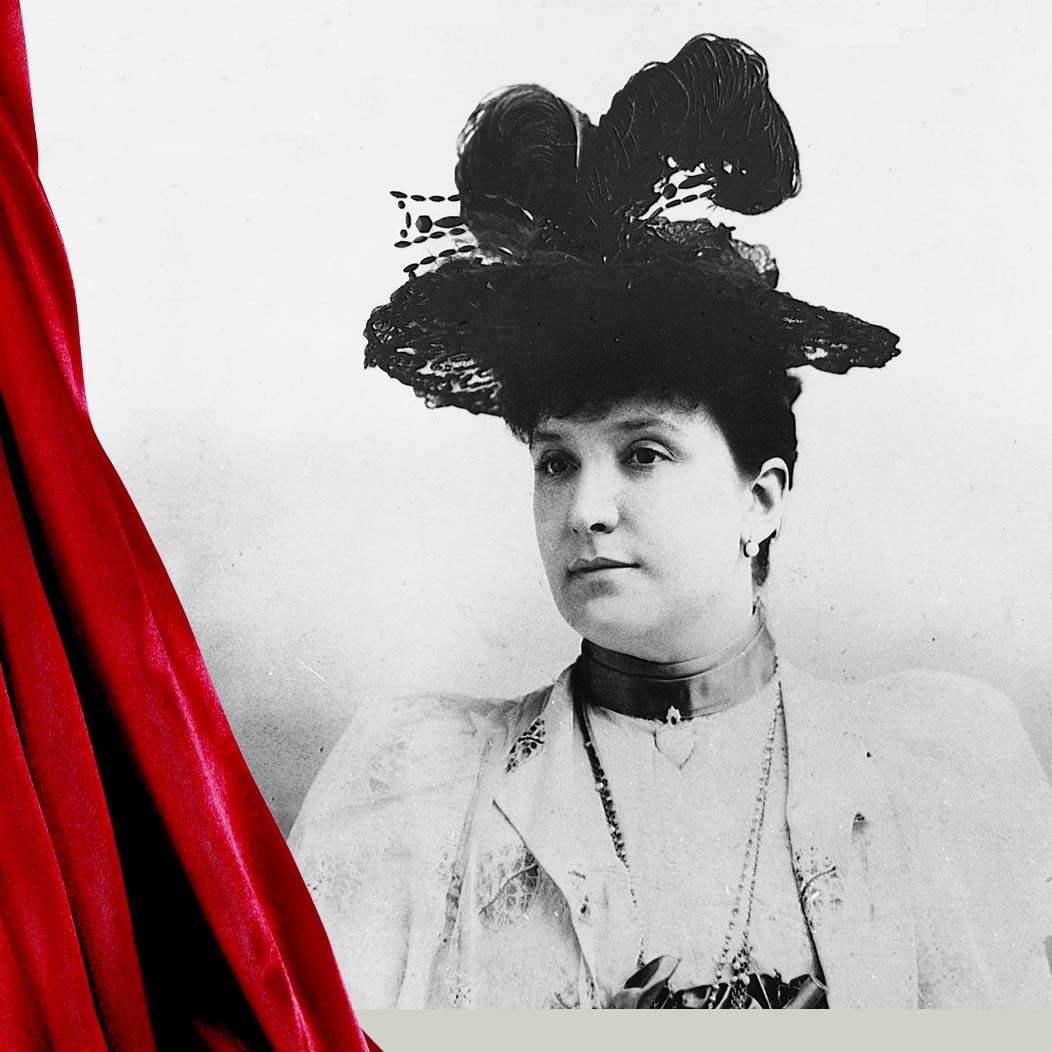 The Australian woman whose enormous talent saw her conquer the opera houses of the world showed her talent early but she had many obstacles to overcome along the way.

Born Helen Porter Mitchell on May 19, 1861 at the family home Doonside in Burnley Street, Richmond, Nellie, as her family called her, was the eldest daughter of David and Isabella (Dow) Mitchell.

Nellie recalled her life at home saying she always hummed which was as natural to her as breathing. Her mother asked her to stop.

“But I am glad, today, that I did not follow her advice, for that humming was a vocal exercise which stood me in good stead in later years.” (1)

Nellie’s love of music shone early and when she was only six, she took part in a concert held in a Richmond hall to raise funds for the local school. Because she was so young, the organizers stood her on a chair so the audience could see her perform Comin’ thro the Rye and Shells of the Ocean. Afterwards she asked one of her school friends what they thought of her singing:

Nellie first press review came several years later when she sang at a concert held on December 6, 1869. It was organized by the local Presbyterian Church to celebrate the opening of the Richmond Town Hall.

The Australian newspaper published an account of the concert in its edition of Saturday, December 11, 1869:

“… Little Miss Mitchell, a young lady of the precocious age of ten [sic] years, who, not content with singing in really first-rate style ‘Can’t you dance the Polka’, but also accompanied herself on the piano, was, we thought, the ‘gem’ of the evening, and richly deserved the spontaneous encore she received, and responded by singing ‘Comin’ thro the Rye’. In this Scotch air she again took the large audience by surprise to hear such sweet notes coming from comparatively such a mere child …

An interval now took place, of which Mr David Mitchell took the opportunity to request the audience that they should not ask for any more encores, or else, from the length of the programme, they would not get through the various songs that night … this had no effect, the audience enjoying the music thoroughly … and nearly every song in the programme was encored. The incomparable Miss Mitchell gave another treat in singing `Barney O’Hea’ well, and quite outshone her former efforts by her first rate command of the instrument, with which she under pressure, had to respond, did even better than before. She is, indeed, a musical prodigy, and will make a crowded house whenever she is announced again …”  (The Australian, Saturday December 11, 1869) (3)

While Nellie showed she could sing, she also had to have an education. Her first introduction to learning came from her mother’s sisters who instilled in all the Mitchell children a love of music, something shared by both her father and mother. Nellie already has a precocious talent for the piano and singing; had near perfect pitch and a remarkable memory. Nellie wrote: Of my schooldays I do not wish to write at length. They were much as other girls’ schooldays, though perhaps some of them may have been more Spartan than nowadays. (4) However, throughout the years, she acknowledged her school days laid the foundations of her future success.

“My willfulness and aggravating contrariness on all occasions eventually led to my being sent to a boarding school, where it was hoped some sense of docility might enter into my rebellious head. But it was no use: it seemed impossible to teach me anything except music. I was always at the bottom of the class, and generally in disgrace. From the balcony of the school I could see the turret of Doonside, and my father, who rode past each day, considered it wisest not to acknowledge in any way so fractious a pupil. This was perhaps, the bitterest experience of my younger years. To be in sight of my home and unable to go there – to see my father and not be noticed by him, so filled me with sorrow that I was constantly in floods of tears. During this time of banishment the most marked kindness from those in charge of the school failed to bring me any comfort, and when I was allowed to return home my delight was unbounded. My later and principal school days were spent at the Presbyterian Ladies’ College, Melbourne, an institution regarded as unapproachable in the colonies, but to the records of which I failed to add any lustre. In fact, I believe I was generally regarded as the very worst pupil in the college. During the hour and half allowed for lunch, it was my daily custom to ignore the necessity of a midday meal and devote the time to practicing on the organ in the Scots Church, of which my people have always been regular supporters. This going without food from breakfast until dinner so affected my health that I was threatened with consumption, and my organ practices were summarily ended.” (5)

The school Nellie was sent to as a boarder was Leigh House School which is today remembered by the small street of that name which runs between Bridge Rd and Erin Street in Richmond. In its prospectus of 1873 held by the State Library of Victoria the principal of Leigh House School, Mrs Wigmore, stressed that:

The design of this School is to educate Girls so that they may take their places in society as intelligent, useful gentlewomen. (6)

The school was strict and conditions spartan. Every morning it was compulsory to take a cold shower at 6am. Undeterred, she took an umbrella into the shower and shivered under it while the cold water splashed away. Unfortunately Nellie was discovered and after that all her showers were supervised. (7)

In 1875, David Mitchell won the contract to build the west wing of the new Presbyterian Ladies College at East Melbourne.

The following year Nellie and her sister Anne were among the students enrolled in the first year of the college. The college’s first prospectus said the college was built in one of the choicest and healthiest parts of Melbourne. It overlooked the Fitzroy Gardens and had views across to the bay and the classrooms are lofty, cool and well-ventilated. (8)

Nellie, or Ellen Mitchell as the school roll records, was number 166 on the list of enrolments for the first year of the college in 1875. She was aged 14 years. (9) 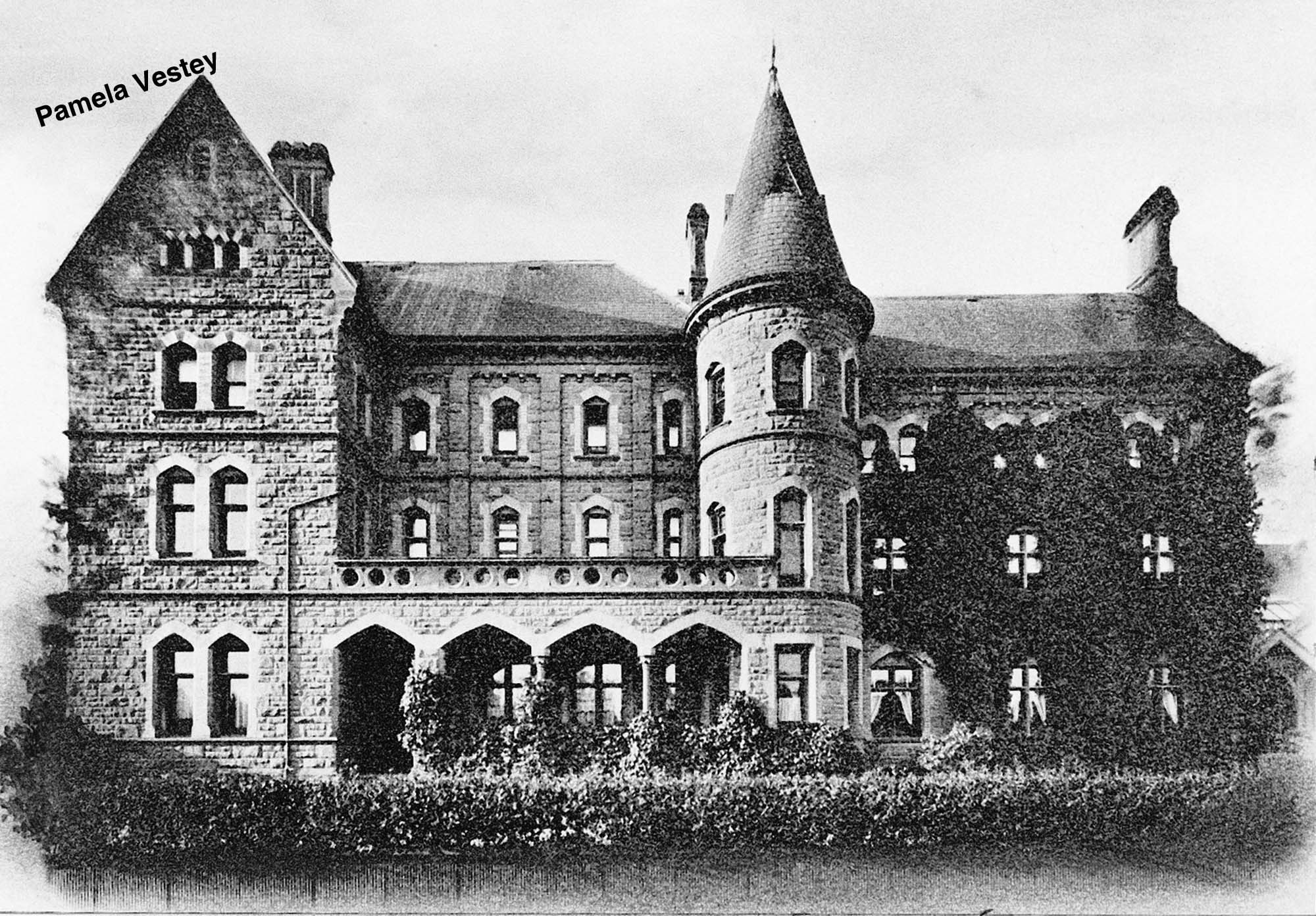 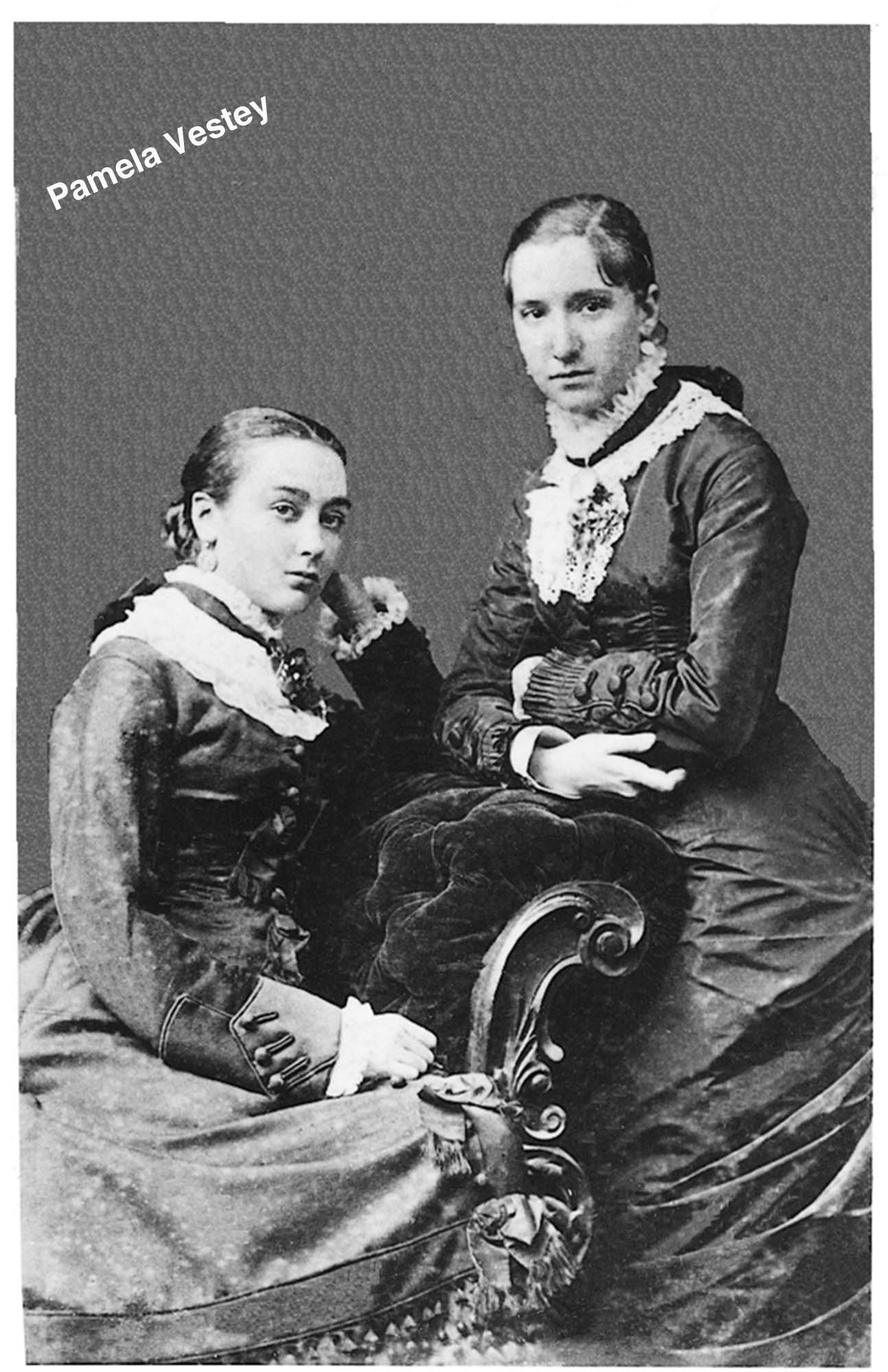 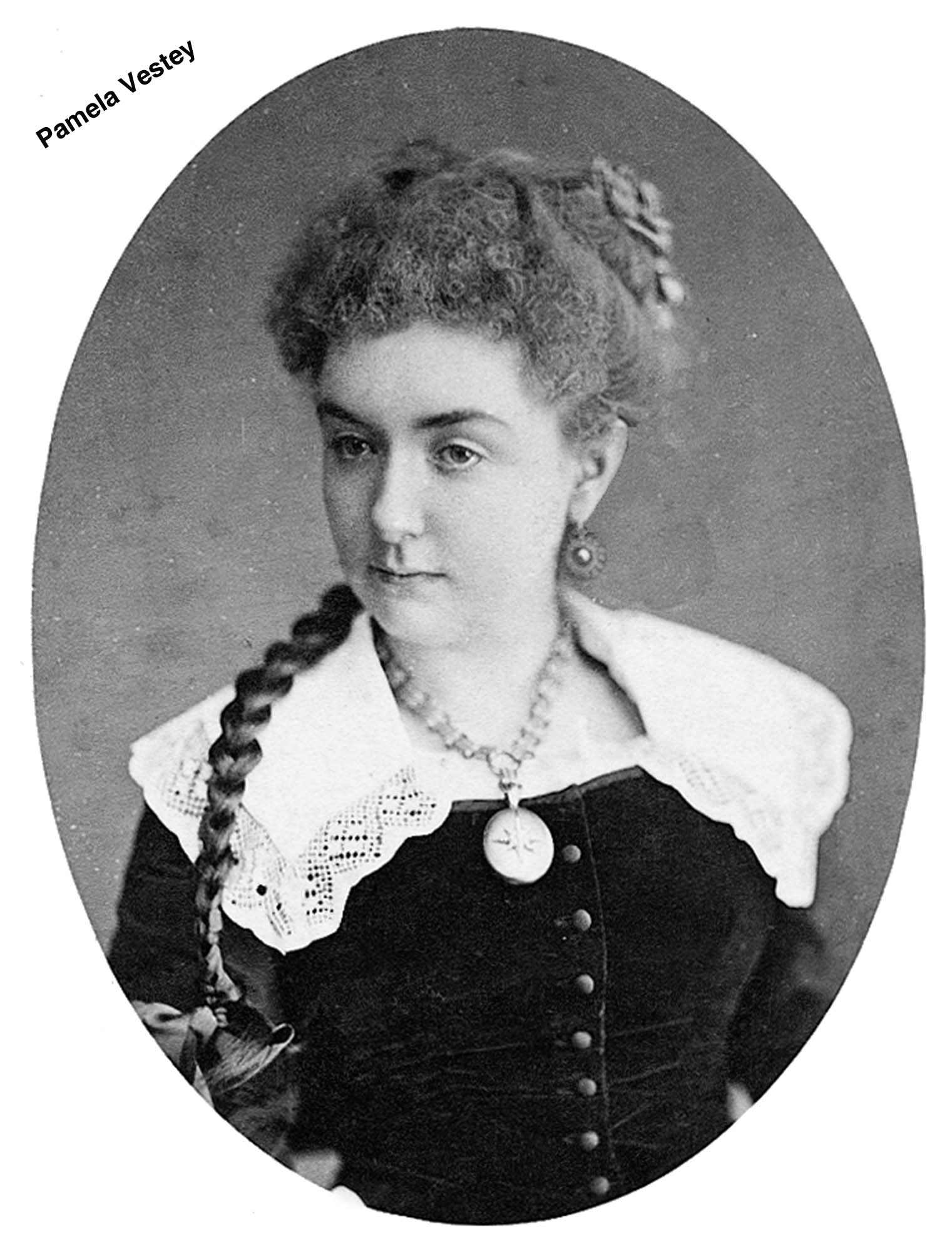 While Nellie may have regarded herself as poor in academic studies, she did go on and learn many foreign languages and memorised the words of 25 operas. (10) Madame Alice Charbonnet who taught Melba the piano. Was the mother of champion swimmer Annette Kellerman.

Nellie’s influence on PLC continued well beyond her school years. In 1902 during her first return visit to Australia after becoming a star, Nellie visited her old school and former fellow students. The day was so successful, the students decided to form the Old Collegians’ Association which began in 1903.(11)

The article published in Table Talk reported on the day and also included a list of all the students at PLC in Melba’s time.

Melba later became president of the Old Collegian’ Association as Madame Melba in 1907 and Dame Nellie Melba in 1918. (12)In 1924, Melba was again a guest at the school. On November 14 she gave an address to the girls and concluded with:

“Do remember that your schooldays are the very happiest of your life. I loved every minute of mine. Some of you, I hope, are going to be famous. Again, remember this: concentrate! If you are fond of one thing, study and become perfect at it.”(13)

This gives us a clear insight into Melba’s own life and her determination to be the best in the world. While Melba may not have been brilliant academically, the college had an excellent music school. Nellie was taught singing by Madame Christian who was a pupil of Manuel Garcia. Madame Charbonnet (the future mother of Annette Kellerman the famous swimmer), taught Nellie piano and Miss Livingstone gave her art lessons. (14)