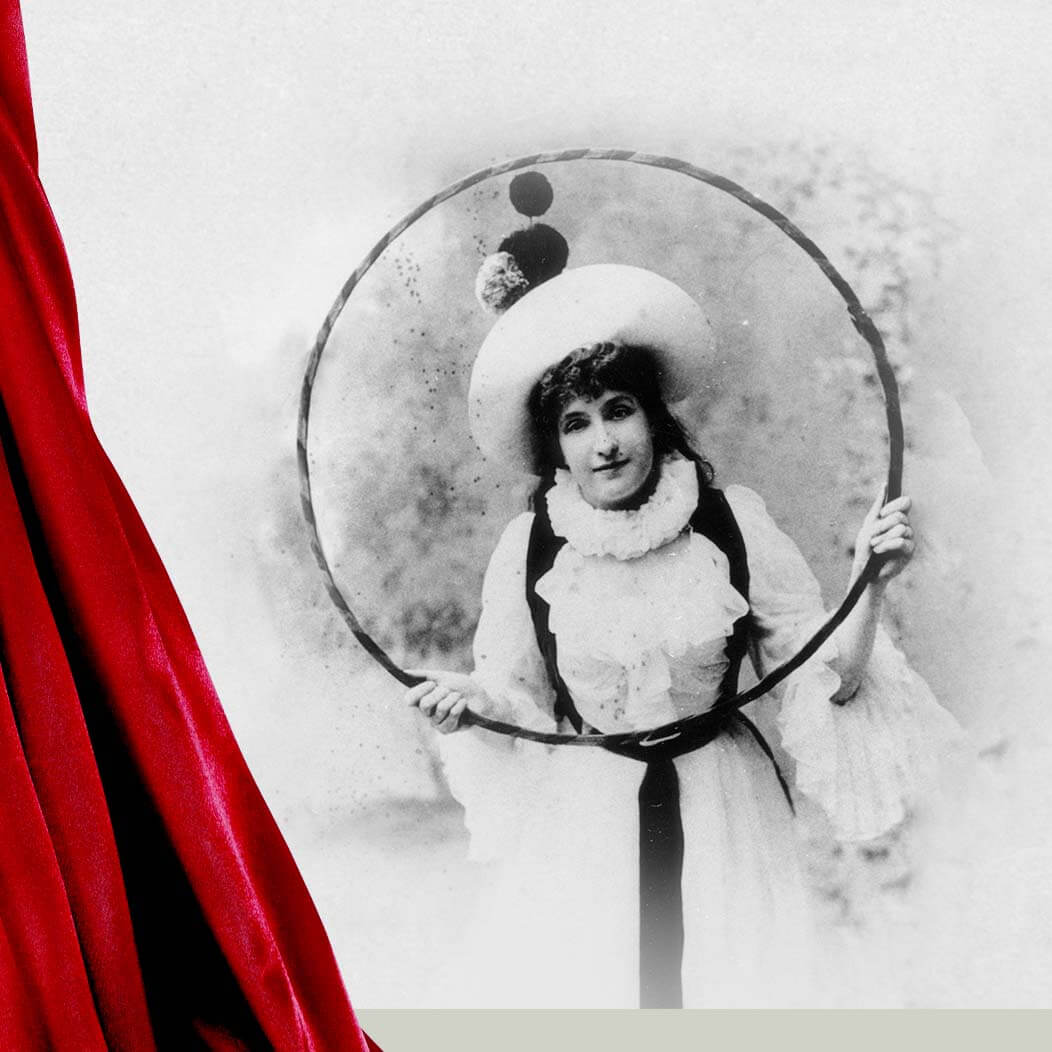 During her long career, Melba met and worked with many people in the world of music and opera.

There were her fellow artists including singers and musicians, composers, conductors, managers and teachers to name just some.

Each in their own way helped shape Melba’s own career while she also had a great influence on many of their careers.

Throughout her long career, Melba performed with many other singers on the opera stage and at concerts:

A predecessor of Melba’s the Canadian soprano was born at Chambly, Montreal, 1 Nov 1847 and died in London, 3 April 1930. Canadian soprano. Her father was a professor of the harp, piano and organ. She was educated at the Couvent du Sacré-Coeur at Montreal. She gave concerts in some Quebec towns before her family moved to Albany, New York, in 1864; there she became a soloist at St Joseph’s church and the Albany bishop and others advised Lajeunesse that his daughter should adopt a musical career.

She went to Paris in 1868 where she was taught by Duprez. Later she studied with Lamperti in Milan. In 1870 she made her début at Messina as Amina in Bellini’s La sonnambula, adopting, as suggested by her elocution teacher, the name of Albani, borrowed from an old Italian family. She then sang successfully at Malta and Florence.

On 2 April 1872 she made her London début at Covent Garden as Amina. The beautiful qualities of her voice and the charm of her appearance were at once appreciated. She sang nearly every season there until 1896, in a great variety of parts, notably as Elsa (1875) and Elisabeth (1876) in the first London performances of Lohengrin and Tannhäuser.

In 1878 she married Ernest Gye, who became lessee of Covent Garden on his father’s death. Later she was very successful as Eva (Die Meistersinger) and Desdemona (she sang in the first Covent Garden and Metropolitan productions of Otello). The last and greatest triumph of her career was on 26 June 1896, as Isolde to the Tristan and King Mark of Jean and Edouard de Reszke.

Albani was for many years a great favourite at the Handel and provincial festivals and sang in many new works, notably in those of Gounod, Sullivan, Mackenzie, Cowen, Dvořák, Elgar (The Apostles), and in 1886 in St Elizabeth on the occasion of Liszt’s farewell visit to England.
She also sang in opera and concerts in Paris, Brussels, Germany, the USA, Mexico and Canada, and later on tour in India, Australia and South Africa. Her voice was a rich soprano of remarkably sympathetic quality. The higher registers were of exceptional beauty, and she had perfected the art of singing mezza voce.

On 14 October 1911 she gave a farewell concert at the Royal Albert Hall, afterwards devoting herself to teaching the Lamperti method. In June 1925 she was created DBE.

An Italian tenor, Dino Borgioli studied with Eugenio Giachetti in Florence, and made his operatic debut in 1914, as Arturo in I puritani, at the Teatro Corso in Milan.

Dino Borgioli, a principal tenor of the 1924 Williamson-Melba Grand Opera Company, was called in Italy “The Poet of the Song.”

His biography published in the program

He possesses a voice of rare charm, and apart from being a famous operatic star he is a delightful recital singer. Signor Borgioli, although quite a young man, being just over thirty years of age, has had a most successful career.

He commenced at the Dal Vermi Theatre, Milan, the opera house where most of the famous singers of Italy begin. He was immediately engaged for La Scala, and first appeared in La Favourita. Ever since he has been engaged every season since 1918.

He has also appeared at the Colon Theatre, Buenos Aires, and the Teatre Reale, Lisbon, also at Madrid and Barcelona, and in many parts of Italy.

Signor Borgioli is a Florentine, and resembles an Englishman in type, with his fair complexion, being not at all like the general type of dark-haired and dark-skinned Italian. 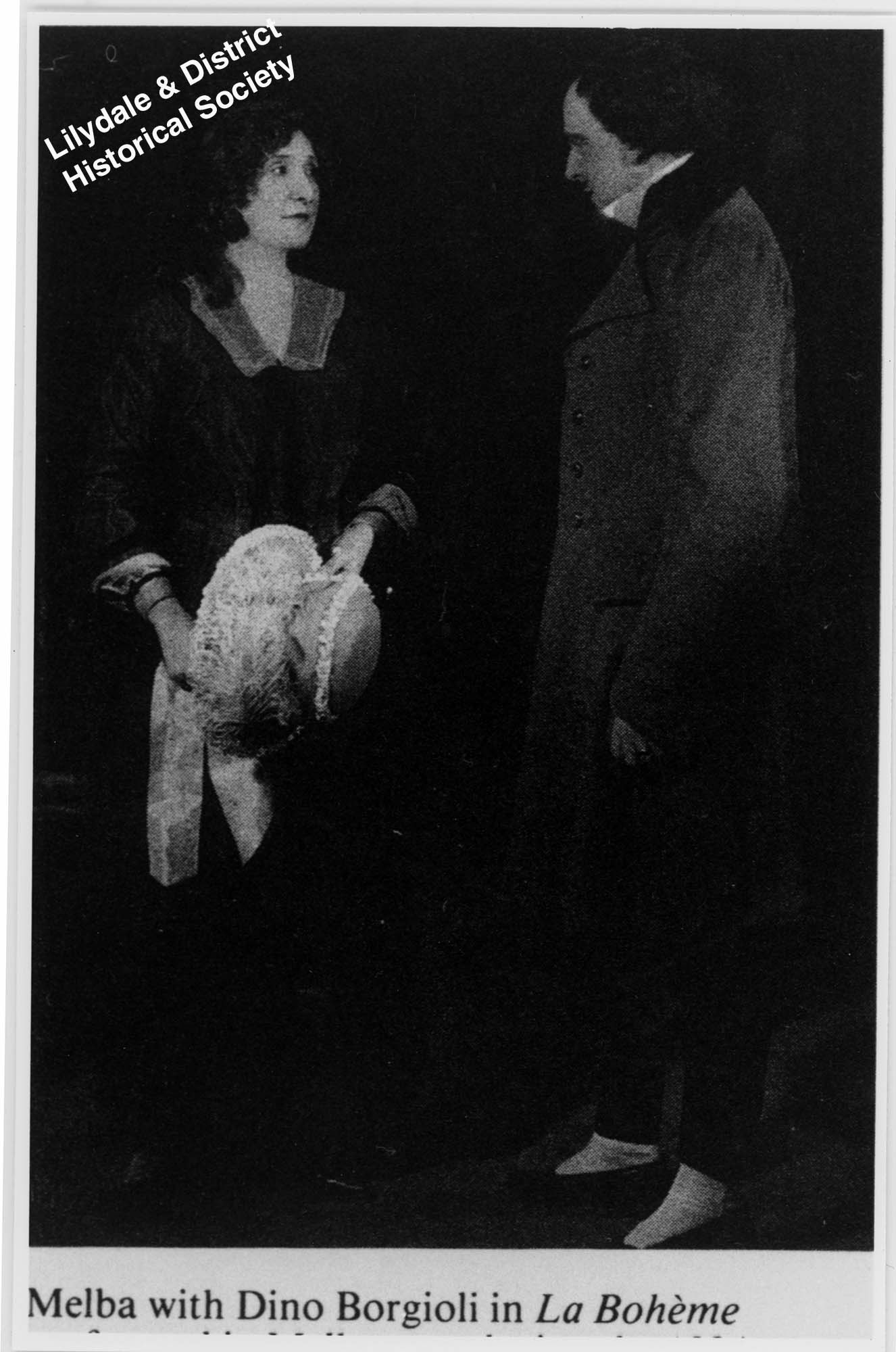 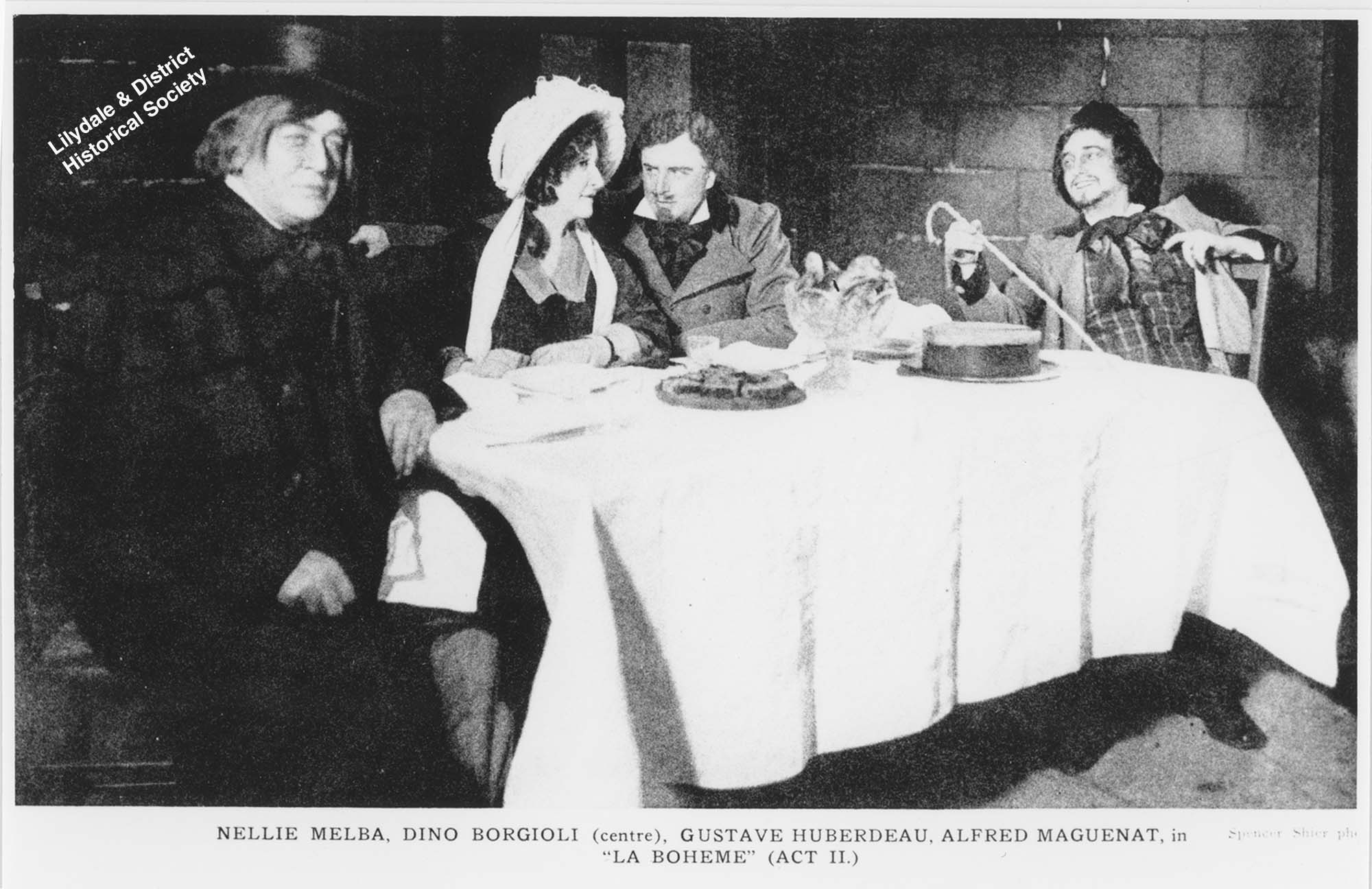 Giuseppe Campanari was an Italian baritone who had an unusual career. He sang opera in Italy but lost his voice at the age of 30 and joined the Boston Symphony Orchestra as a cellist.

In 1893 he took up his singing career again toured the USA with Melba and Landon Ronald. He then joined the Metropolitan Opera House and sang for another 19 years.

Tenor Jan de Reszke made his debut in 1874 in Italy.

He married Maria de Goalaine and they had a son Jan (always the oldest son in Reszke family was given the name Jan) who was born in 1892. During World War I Jan junior joined the French Army as a Polish citizen with the rank of lientenant. He died during the battle for the town of Mery. He was awarded the Legion of Honour, Cross of War and Cross of Valour.
His death in 1918 at the end of war ended the male de Reszke line.

After appearing in opera houses throughout Europe and America, Jan retired in 1902 to Paris where he operated a singing school. He taught many famous singers such as Bidu Sayao. Following his son’s death, Jean moved to Nice where he died in 1925. His grave is in Paris (Montparnasse).

Jan owned property in Skrzydlow, Poland and with his brother Edward owned a racing horse stable, also in Skrzydlow. The stables were regarded as one of the best in Poland. 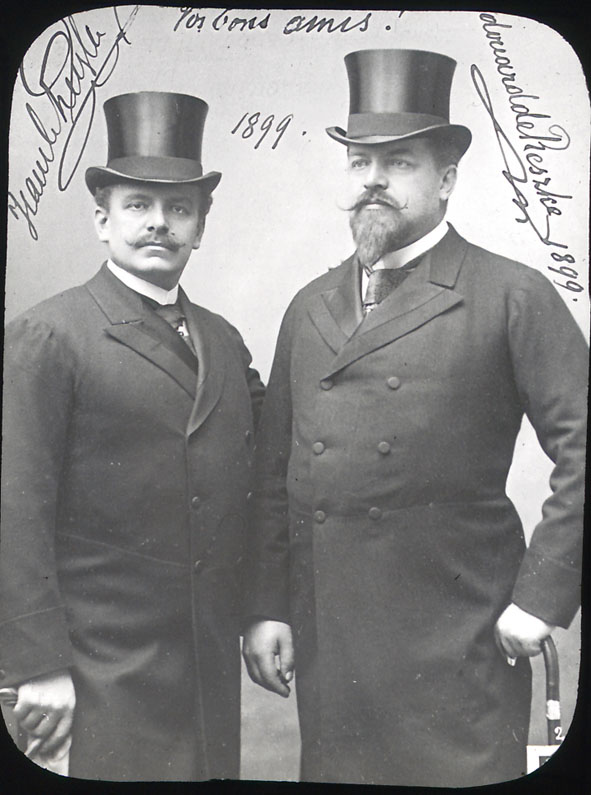 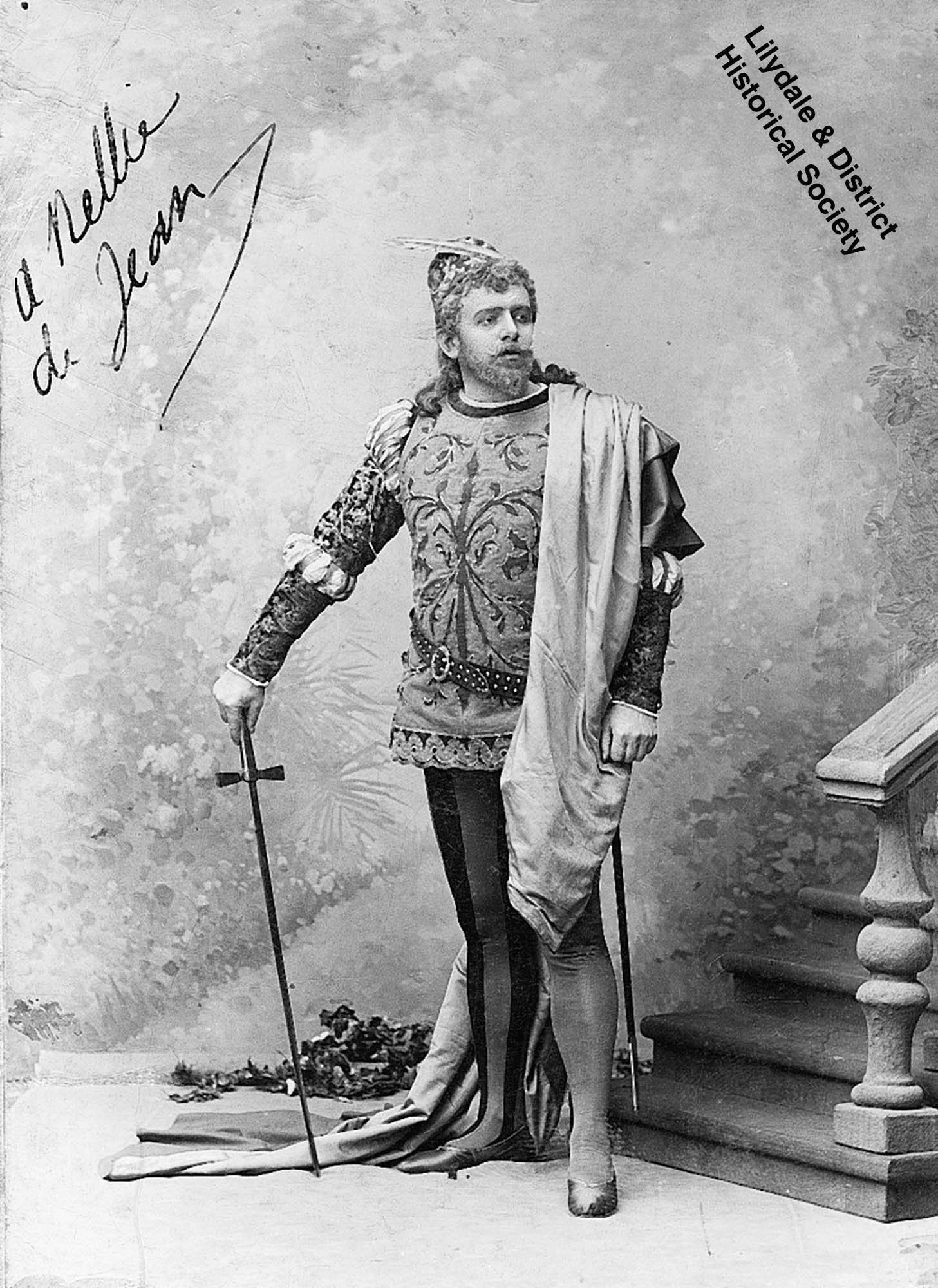 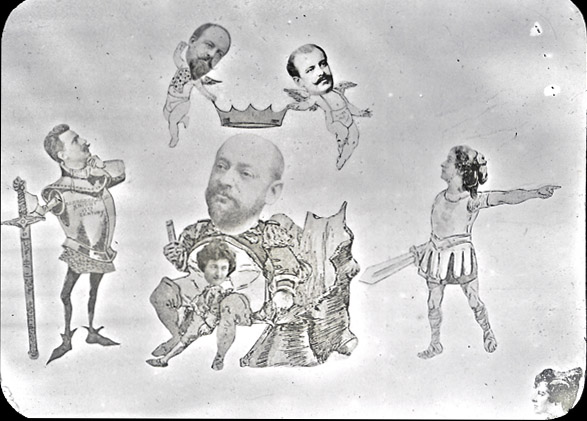 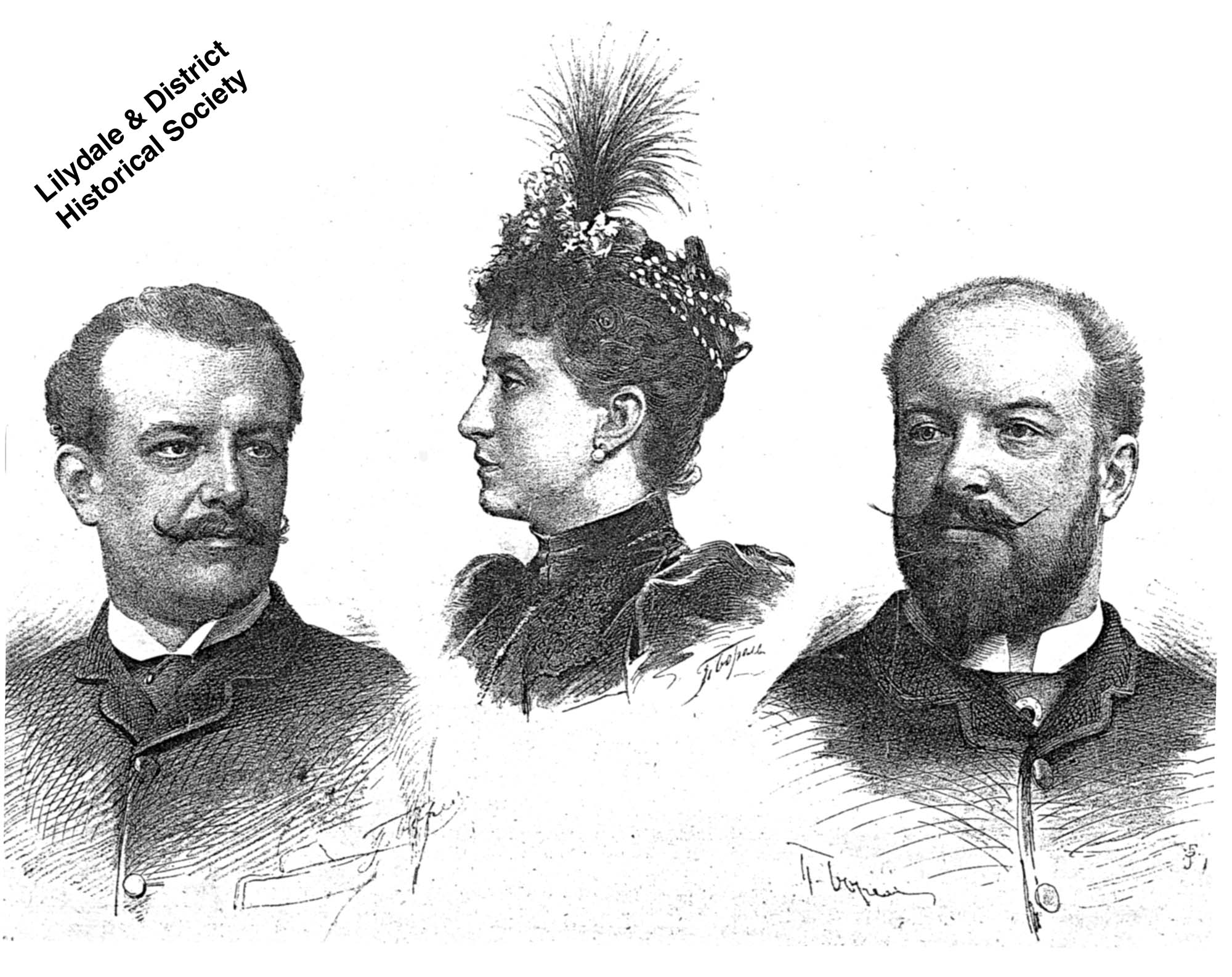 He was married to Helena Schutz (sister of Felia Litvinne famous dramatic soprano) and they had four daughters two of whom had children.

Away from the opera, Edward had a property in Garnek close to his brother’s property and that of one of his sisters Emilia.

Between the opera seasons Edward returned to his property where he would always organise hunting with friends, family and famous
people that he knew.

After his retirement he settled in Warsaw in 1909 where he taught at a singing school. However he later resigned because he did not have good voices/apprentices to teach. He moved to Garnek where he died in 1917.

Edward and Jan’s sister Jozefina was a famous soprano singer who made her debut in Italy in 1872.

When she married banker Leopold Julian Kronenberg, one of the richest men in Poland,Jozefina she retired and they had two children a daughter and son. Sadly, Jozefina died soon after the birth of their son. While their daughter did not have any children their son had one son and one daughter but they died during World War 2. 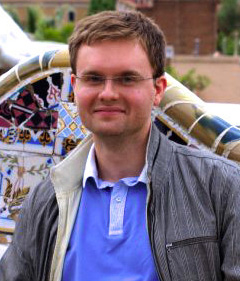