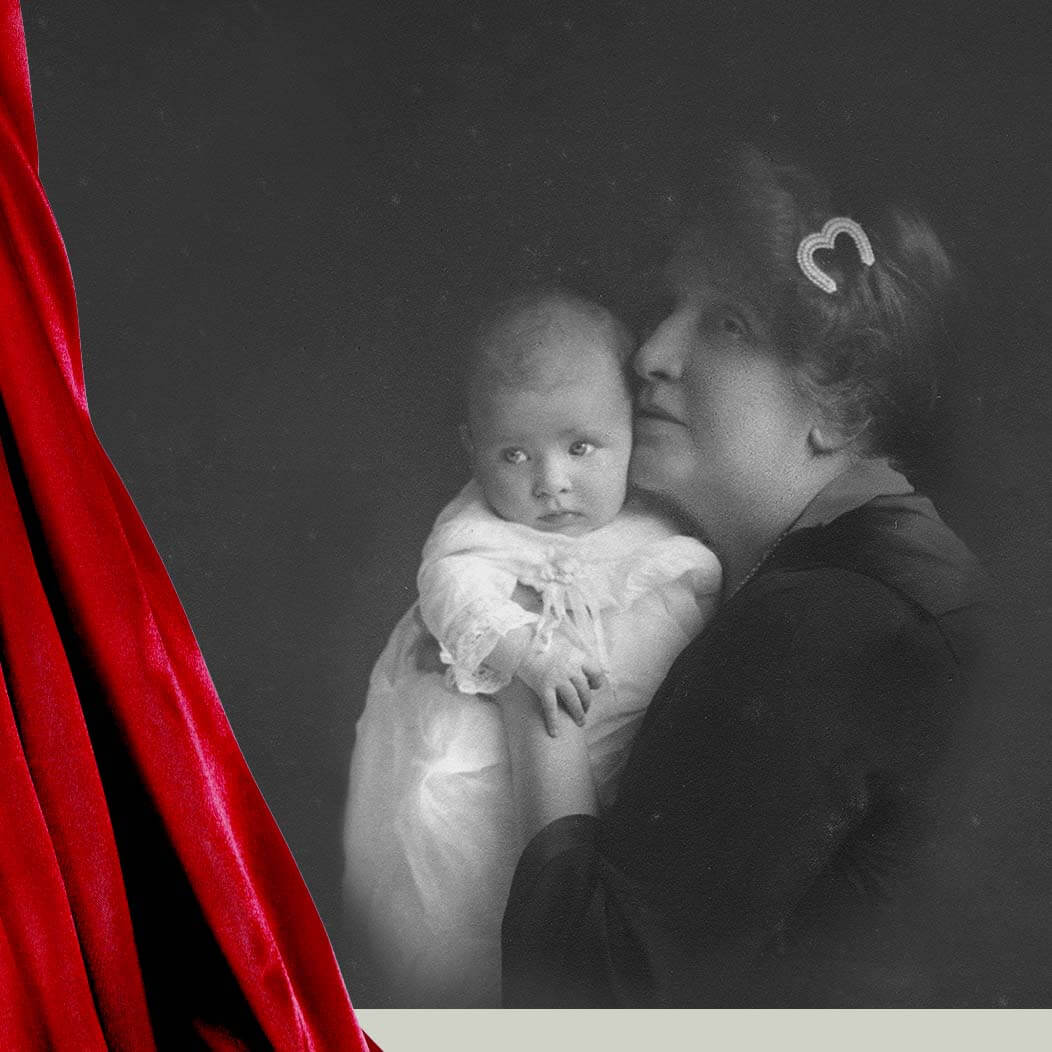 Melba House was built in 1882/83 as the residence for the manager of the first Marian Plantation Sugar Mill, Mr Charles Armstrong who married Helen (Nellie) Porter Mitchell, the daughter of Mr David Mitchell.
Mr Mitchell was contracted to build the Marian Plantation Mill and arrived in early 1882 with his daughters Nellie and Annie.

Charles Armstrong and Nellie Mitchell married in Brisbane on December 22, 1882 and moved into the house in April 1883. There is some doubt about Mr Armstrong’s position with the mill, since Nellie, in her memoirs, refers to him as manager of the mill plantation, yet the mill records the house as being the mill manager’s residence. Their son (and only child) George was born on October 16, 1883. Nellie separated from Charles in February 1884, taking her son with her back to her father’s home in Richmond, Victoria, ending her connection with the Mackay district. Charles followed Nellie to Victoria three months later.

The house was originally erected on a site in the Mill grounds. In a letter written in 1964 by Mr A.J. Coyne M.B.E., chairman of the Marian Mill Company, he notes that the house was moved to the western side of the mill property to become the chief engineer’s home, and a new Mill Manager’s residence built on the original site. Some confusion was caused by a concrete slab with the word “Melba” picked out in white stones, which was left at the original site after the house was moved.

During its life as a mill residence, the building was altered both internally and externally, although the pitch of the roof remains as it originally was built. 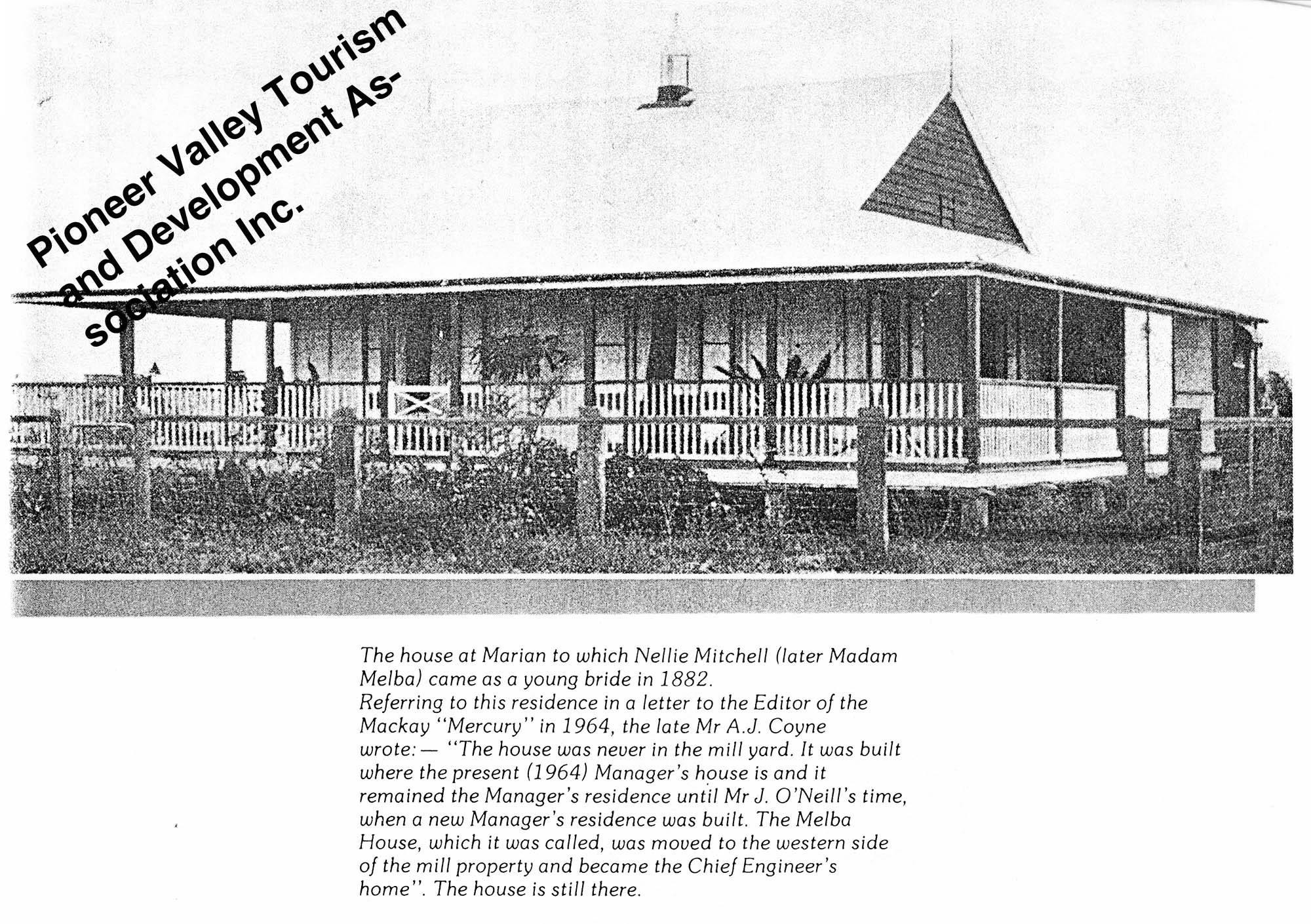 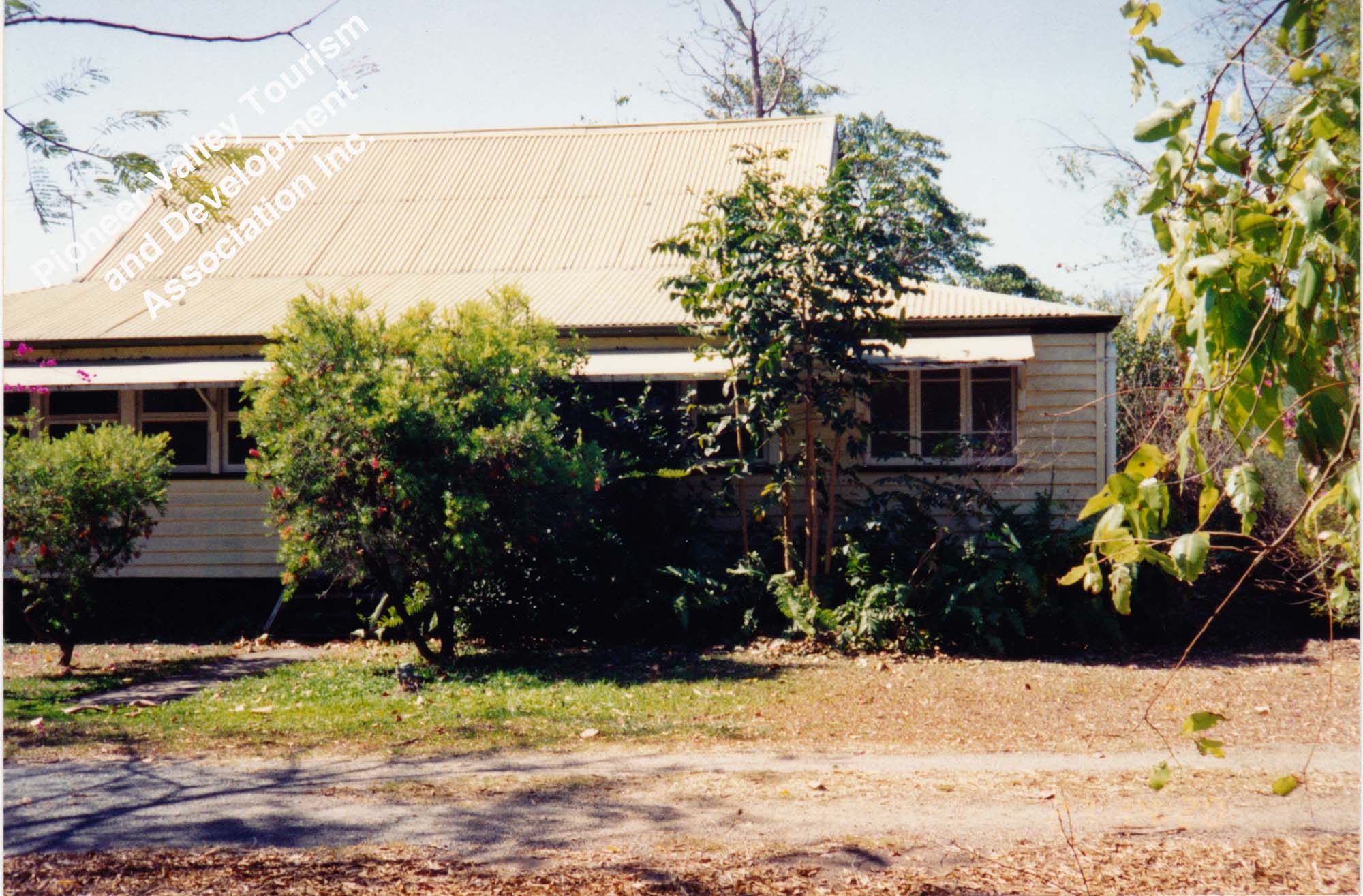 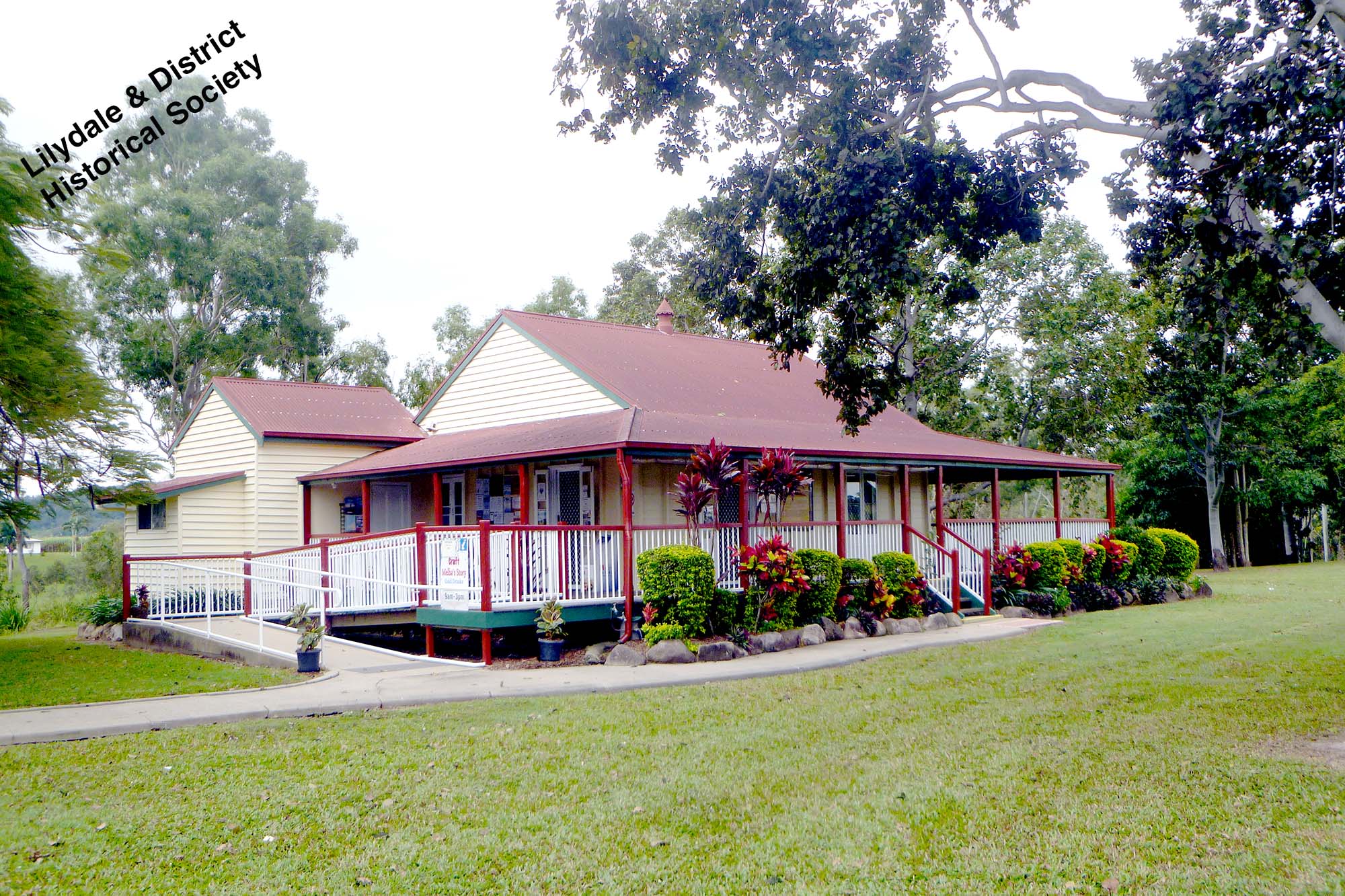 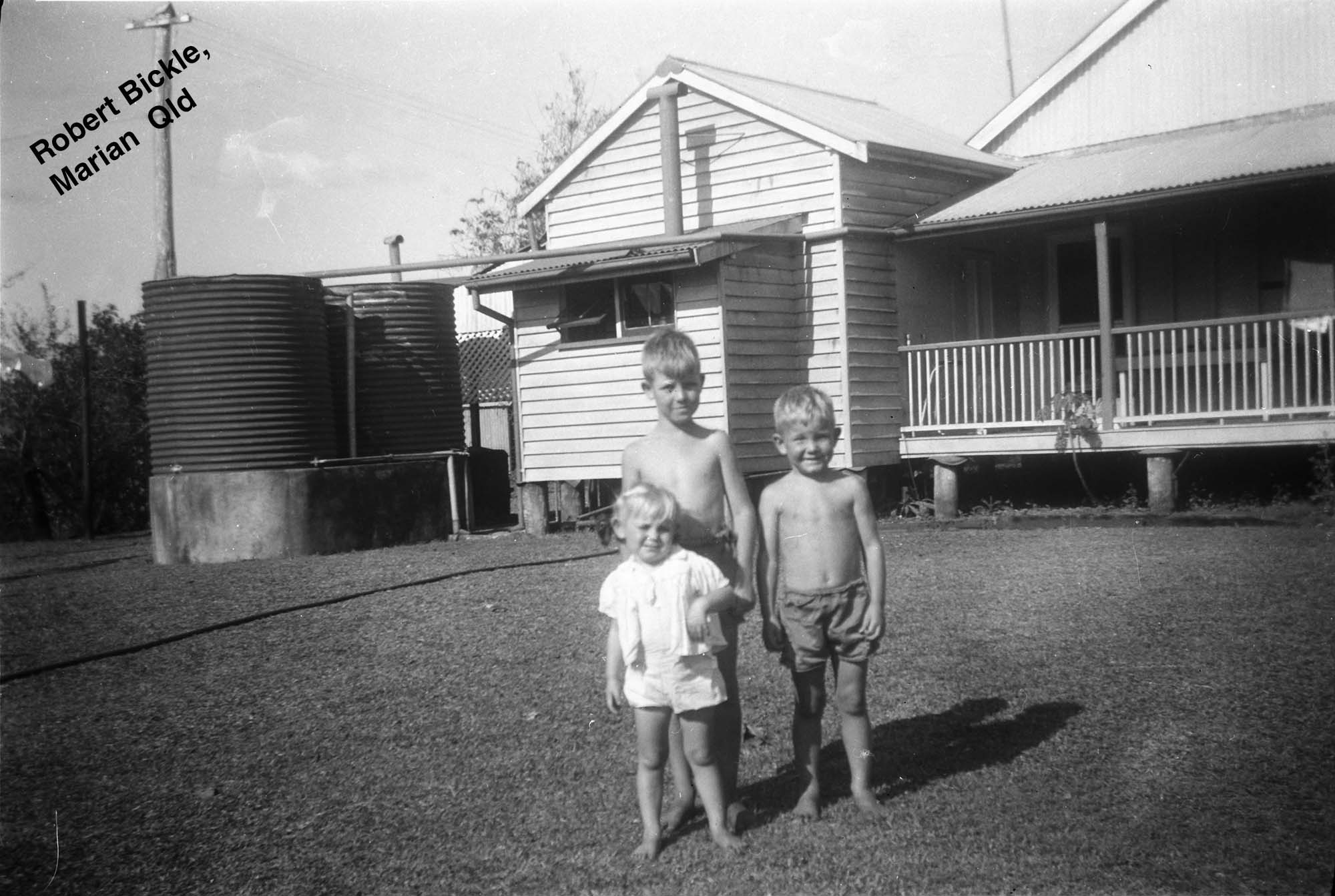 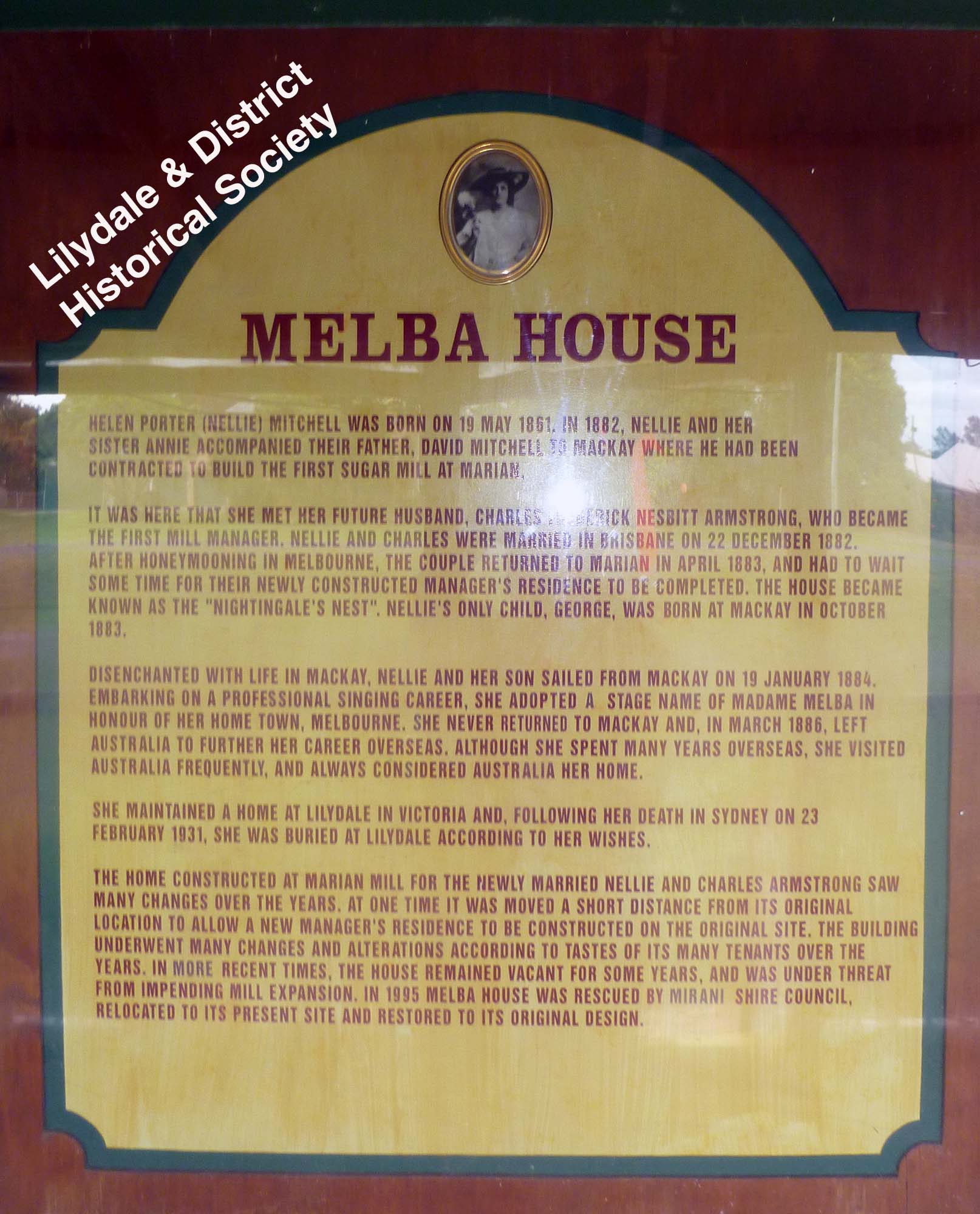 In 1994, the group of mill houses including Melba House was put up for sale and removal to make way for expansion of the mill. As the house did not sell, and would have been demolished, community members, concerned that an important part of Marian’s heritage would be lost forever, requested Mirani Shire Council acquire the house, move it to Edward Lloyd Park (approximately 2.5km east of the original site) and restore it.

The external aspect of the house was returned as near as practicable to how it looked in 1883. Whilst some photographs exist showing the house in the early 1900’s, we have no sure record of its appearance when built. There are a number of houses in the Mackay district which appear to have been built to the same design. In order to restore the building to usable condition, some compromises had to be made on the interior, to repair damage resulting from the house being left unoccupied for some time before it was relocated.

In 2000, Mirani Shire Council granted a lease on the house to Pioneer Valley Tourism and Development Association Inc. to operate the house as a Melba memorabilia display, visitor information centre and craft shop. Following the council amalgamations in 2008, Mackay Regional Council renewed the lease and are major sponsors of Melba House.